The thinking system or schema in the what they now call the ‘hard Brexiteers’ or the reactionaries; the truly conservative people, they didn’t want their children going to school and being contaminated by an international education system.

But Jeremy Corbyn was desperate, to have educated people, for his administration, for his services.

Even children who do not speak English at home, are sent to school.

In order to push forward his agenda for modern ideas, Jeremy Corbyn needed to win over these ‘hard Brexiteers’, which he did, by supporting re-nationalisation and tradition.

Perhaps the most crucial factor that helped him to unify the country, and have everyone support his modern ideas, was Jeremy Corbyn, earnt the support of the loyalty of both, ‘Remainers’ and ‘Brexiteers’. 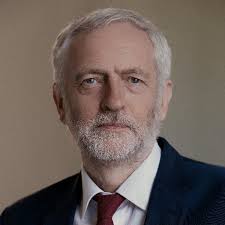 View all posts by jennifercmbutler90

This is a text widget, which allows you to add text or HTML to your sidebar. You can use them to display text, links, images, HTML, or a combination of these. Edit them in the Widget section of the Customizer.